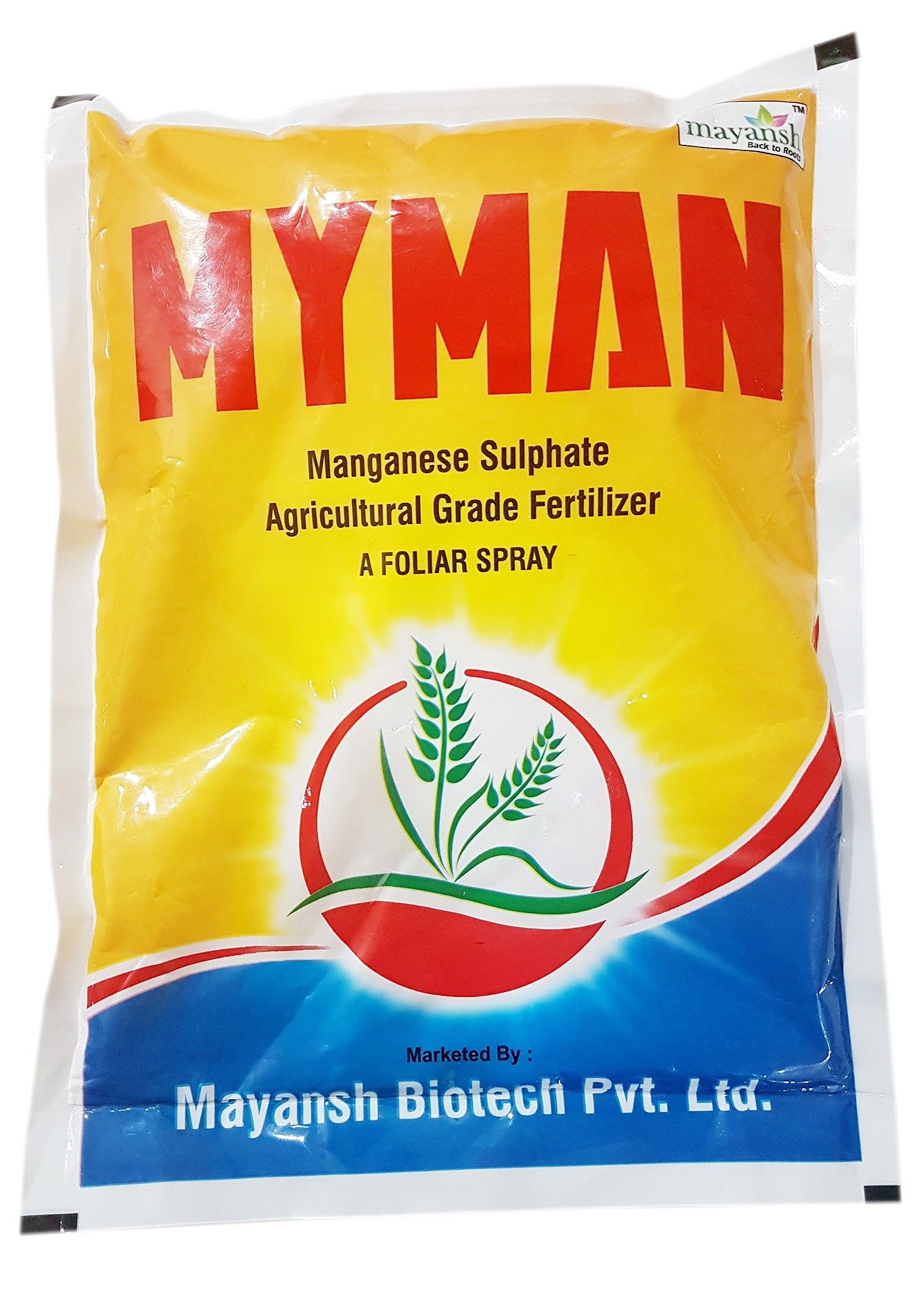 Plant nutrition plays an important role in crop production and improves agricultural production quality. Each element should be available in adequate amounts for plants, also balance and right ratio between used nutrients is important. For the normal growth of crop the ratio of the concentrations of available iron and manganese must be around 2. If it is more than 2 then manganese deficiency appears but if it is less than 2 the symptoms of iron deficiency appears. Manganese deficiency or toxicity is often mistaken for iron deficiency or toxicity.

The symptoms which often look like iron deficiency appear on the middle leaves as interveinal chlorosis with light greyish yellow to pinkish brown or buff coloured specks of variable size confined largely to 2/3 lower portion of the leaf; Later, the specks coalesce forming a streak or band in between the veins which remain green.

Plant growth may also be reduced and stunted. In acute deficiency whole of the plant may become dry.
At earing stage, the symptoms become prominent flag leaf.
Do not grow varieties PDW 291, PDW 274 and PDW 233 in sandy soils as these varieties are prone to manganese deficiency.
Uptake of manganese decreases with increased soil pH and is adversely affected by high levels of available iron (Fe).

MYMAN plays an important role in Oxidation and reduction processes in plants, such as the electron transport in photosynthesis, respiration, and nitrogen assimilation.

MYMAN uptake and transfers the form of Mn2+ in plants, and transfer in the meristematic tissues gradual, thus the young organs of plants are rich of manganese.

In manganese deficient soils, give one spray of 0.5% manganese sulphate solution

(1 kg manganese sulphate in 200 litres of water) 2-4 days before first irrigation and two to three sprays afterwards at weekly intervals on sunny days.

Manganese sulphate should be sprayed only as its soil application is not profitable.